These are some of the excerpts from my Book. My Book Available On: Amazon | Google Play | Barnes and Noble

Medical Malpractice claims are the most complex negligence cases because malpractice is done by a licensed medical professional. Every year, there are over 200,000+ deaths due to medical errors or omissions, and according to Johns Hopkins, medical errors contribute to about 10% of all deaths in the US.

Example: Take a look at what happened during the Covid-19 pandemic. In the early peaks during the NYC outbreak on April 12, 2020, there were about 5,000 new cases and 750 deaths. On January 15, 2021, there were about 7,200 new cases and only 75 new deaths. What was the reason for the sudden drop in deaths? No one really knows. But I did my own preliminary study, and based on the information and medical records of what Covid-19 patients and the next of kin provided to me, I came to a few conclusions:

● Doctors stopped intubating everyone. Intubation has a high risk of death due to the breathing tube. The breathing tube in the airway can allow bacteria to enter the lungs, which can lead to exacerbating further damage to the lungs, which can cause pneumonia or various other medical issues. Prolonged ventilator use can also cause serious damage to the lungs, either from too much pressure or excessive oxygen levels.

● Doctors started reporting pneumonia, URIs (Upper Respiratory Infections), and various other pulmonary issues as Covid-19. Example: If you happen to have pneumonia, even if you were Covid-19 negative, they would still label you as covid patient.

● If you died in a car accident and you happen to be covid positive, your contributing cause of death would be covid.

● Most early covid testing results were false positives. Example: If you had a viral pneumonia, the doctors would most likely label you as a covid patient.

Doctors salivated over the idea of covid patients because they got paid more money by the federal government over the covid treatment, such as intubations and ventilators. This is not a theory, it’s a well-documented fact by the CDC and the Surgeon General’s Office. You can look this information up. Google is your friend.

Don’t get me wrong. Covid is very real and like any viral infection, it can be very deadly. However, I strongly believe that the cases and death statistics were highly inflated.

The point I am trying to get to with this information is that doctors, just like lawyers and many of my clients, are also greedy. There is a hierarchical bureaucratic system of greed, which doctors are a part of. Some head honcho creates new ways for doctors to make more money and patients buy into it. But don’t get me wrong, not all medical malpractice is intentional. Some are accidents, such as operating on the wrong

organ or accidentally leaving a medical device inside a patient; these actually happen to be the best and easiest cases to litigate, by the way.

Do you have a case?

Proving negligence can be difficult and I will get to that later. But there are a few things to consider before an attorney decides to take on your case:

● Keeping in mind that doctors must have an F grade in order to have a workable medical malpractice case, they are allowed to have D’s. Especially ER doctors.

● Did the doctor operate on the wrong organ or body part?

● Was there anything left inside your body that shouldn’t be there after the surgery?

● Was the condition exacerbated or prolonged due to the doctor’s actions? This is the hardest point to prove.

There are about 100 other factors to take into account as well, such as legal precedence, but these are the most common. Simply put, the case would also have to be worth it for the lawyer. Unless it’s a case that is worth at least $250,000, it’s not worth pursuing because the lawyer will be spending in excess of $75,000+ for medical experts and litigation costs alone. Not even counting the year’s worth of litigation that it usually takes to litigate medical malpractice cases.

Establishing a claim against a doctor or a hospital is not as easy as it sounds. Most doctors ignore it and the insurance companies that insure the doctors will not do anything unless the case is in litigation. For the most part, unless you file a lawsuit, nothing will get done.

Proving negligence is the hardest part. For the most part, it’s usually the Doctor vs. Doctor argument and the following factors come into play to prove that you even have a valid claim. Otherwise, you could be litigating a case for five years only to eventually get the case dismissed. This is done during the discovery phase, such as depositions and medical record reviews done by expert doctors. Plaintiff attorneys usually hire expert witness doctors who are experts in that specific field and they would write an extensive report based on the medical records as well as depositions. The expert witness doctors are usually Ivy-League physicians as well as researchers. Most hold MDs as well as Ph.Ds. The expert witness doctor would also testify at the trial. Of course, the defense would have his or her own expert witness doctor. Self-explanatory cases such as operating on the wrong organ or leaving medical devices in patients, usually settle at earlier stages, because there is really nothing to argue about. It will just turn into a damages-only discussion; as in, how much is the case really worth?

1. Damages, such as past and future pain and suffering

4. Expert witness reports, which described the theory of negligence, pathology, as well as risk for procedures and so fourth.

Once a reasonable settlement offer is made, the client would sign the release and get paid like any other claim. But that would bring a whole new set of problems. Many clients get into a temper tantrum or anxiety would kick in and even though it generally takes at least a month for the check to be received and processed, assuming there are no liens, otherwise it could take months, clients would start calling every single day asking about their damn check. 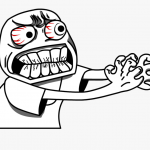 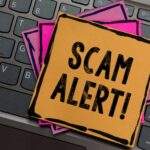 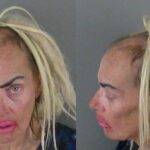 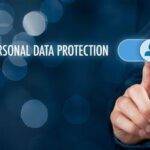